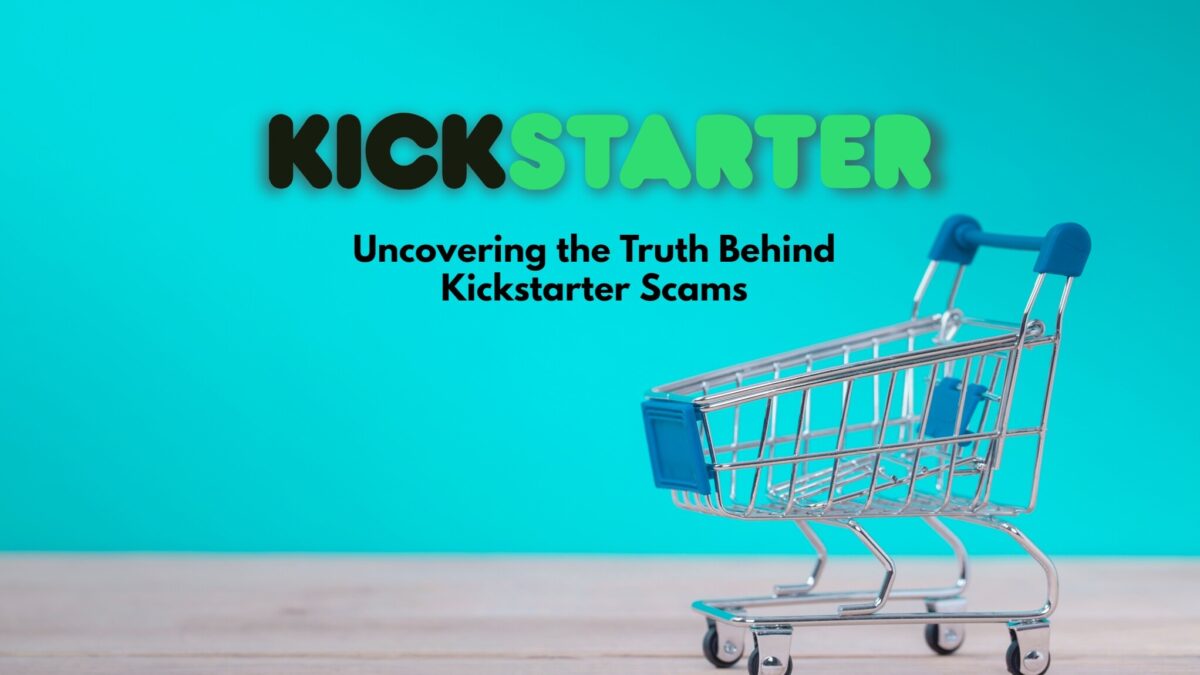 Is Kickstarter a Scam? What You Need to Know

In recent years, the crowdfunding platform Kickstarter has faced increasing scrutiny over the legitimacy of its projects. With millions of dollars being donated to creative endeavors on the site every year, it’s no surprise that some scammers have taken advantage of the platform’s popularity. However, it’s important to note that the vast majority of Kickstarter projects are legitimate and successfully deliver on their promises.

One of the main issues with Kickstarter is that it operates on an “all or nothing” funding model, meaning that a project only receives funding if it meets its stated goal. Dishonest creators set unrealistic goals in order to secure funding and then disappear with the money once the goal is met.

However, Kickstarter has taken steps to crack down on fraudulent activity on the site.

In 2015, the company implemented a policy requiring campaign organizers to provide detailed information about their project, including a clear plan for how the funds will be used and an estimated timeline for delivery. The company has also set up a system for flagging and reviewing suspicious projects.

Despite these measures, there have been a number of high-profile cases of Kickstarter projects turning out to be scams.

In 2017, the “Coolest Cooler” project, which promised to be a high-tech portable cooler with features like a built-in blender and speaker system, raised over $13 million from over 60,000 backers. However, the project quickly ran into issues with production and delivery, leading to multiple delays and ultimately resulting in a class action lawsuit against the company.

The creators of the “Gods Unchained” cryptocurrency game, which raised over $2 million, admitted to using the funds for personal expenses. Similarly, the company behind the “Zano” drone project, which raised over $3 million, went bankrupt and failed to deliver on its promises.

What can you do if you’ve been scammed on Kickstarter?

Unfortunately, backers have limited options after falling victim to fraudulent campaigns. Kickstarter’s terms of use state that the company does not guarantee project completion, and it is the backers responsibility to conduct their own research before donating to a campaign.

That being said, there are a few steps you can take if you believe you have been scammed on Kickstarter:

To avoid falling victim to a Kickstarter scam, it’s important to be cautious when donating to campaigns.

Some telltale signs of a potentially fraudulent project include:

If a project is promising to deliver something that seems too good to be true, it probably is. Be wary of campaigns that make unrealistic claims about their product or timeline.

A legitimate Kickstarter campaign should provide detailed information about the project, including a clear plan for how the funds will be used and an estimated timeline for delivery. If a campaign is vague or evasive about these details, it could be a red flag.

No proof of concept

A campaign that lacks a prototype or any other proof of concept may be a sign that the creator is not fully committed to the project.

It’s worth noting that even though legitimate projects may not have a fully developed prototype at the time of their Kickstarter campaign, creators should at least have a detailed plan in place and be able to provide evidence of progress.

Lack of information about the creator

If a campaign does not provide any information about the creator or the team behind the project, it could be a sign that they are trying to hide their identity. It’s important to do some research and make sure the creator is who they claim to be and has a track record of successfully completing projects.

Despite the risk of encountering a scam on Kickstarter, the platform can still be a great way to support creative projects and bring innovative ideas to life.

By being cautious and doing your due diligence before donating, you can help ensure that your money goes to a legitimate campaign.

Some notable Kickstarter projects that turned out to be scams include:

It’s important to note that while these examples highlight some of the more high-profile Kickstarter scams, they are relatively rare compared to the overall number of successful projects on the platform.

Many creators use Kickstarter as a way to bring their ideas to life and achieve their dreams, and the vast majority of campaigns deliver on their promises.

However, it’s always a good idea to do your due diligence before donating to any crowdfunding campaign, whether it’s on Kickstarter or another platform. Here are a few additional tips for protecting yourself from scams:

Make sure the creator is who they claim to be and has a track record of successfully completing projects. Look for information about their background and experience, and see if they have any references or testimonials from previous backers.

Take the time to read through the comments section on the campaign page, as well as any updates from the creator. This can give you a sense of the project’s progress and any potential issues that may have arisen.

Be wary of campaigns that seem too good to be true

If a campaign is promising something that seems too good to be true, it probably is. Be cautious of campaigns that make unrealistic claims about their product or timeline.

Despite the presence of scams on crowdfunding platforms like Kickstarter, the majority of campaigns are legitimate. By taking precautions and being vigilant when making donations, you can safeguard yourself from fraud and support the projects that interest you. By following these tips, you can make informed decisions and help protect yourself from scams.

Submit phone numbers, websites, or email addresses associated with a scam. Your submission will be published as soon as it gets reviewed by one of our staff members.

Crowdfunding is a form of fundraising that involves raising small amounts of money from a large number of people, typically through the internet, to finance a specific project or venture.

What are the risks of crowdfunding?

There is always a risk that the project or venture may not be completed or that the final product may not meet the expectations of the backers. There is also a risk of fraud, with some campaigns turning out to be scams.

How can I protect myself from crowdfunding scams?

It’s important to do your due diligence before donating to any campaign. Research the creator, check the project’s social media presence, read through the comments and updates from the creator, and be wary of campaigns that seem too good to be true.

What should I do if I suspect a crowdfunding campaign is a scam?

If you have concerns about a campaign, your first step should be to contact the creator directly. If you are unable to resolve the issue with the creator, you can file a complaint with the platform or with the Federal Trade Commission (FTC).

What are some common types of crowdfunding scams?

Some common types of crowdfunding scams include campaigns that make unrealistic promises, lack transparency, have no proof of concept, or provide no information about the creator.

Can I get my money back if I’ve been scammed on a crowdfunding platform?

It can be difficult to get your money back if you’ve been scammed on a crowdfunding platform. In most cases, the platform will not guarantee that projects will be completed, and it is up to backers to do their own due diligence before donating.

Is it safe to donate to campaigns on crowdfunding platforms?

While there is always a risk of encountering a scam on a crowdfunding platform, the vast majority of campaigns are legitimate and successfully deliver on their promises. By being cautious and doing your due diligence before donating, you can help protect yourself and support the projects that matter to you.

What are some notable crowdfunding scams that have made headlines?

Some notable crowdfunding scams include the “Coolest Cooler” campaign on Kickstarter, the “Gods Unchained” cryptocurrency game, and the “Zano” drone project.

How can I report a crowdfunding scam?

If you suspect a campaign is a scam, you can report it to the platform or to the Federal Trade Commission (FTC). Reporting scams can help protect other users and prevent future scams from occurring.

Are there any legal protections in place for backers of crowdfunding campaigns?

The legal protections for backers of crowdfunding campaigns vary depending on the platform and the country in which the campaign is based. It’s important to carefully read and understand the terms of use for the platform before donating, and to be aware of any potential legal remedies that may be available if a campaign fails to deliver on its promises.

Attention: Scammers may have breached the personal information of consumers they have contacted. TotalScam!™ advises consumers whose information has been breached to immediately obtain an identity theft protection service.

Geek Squad Scams: What to Know and How to Protect Yourself

How to recover your money if you’ve been scammed

How to identify cryptocurrency, ICO, and NFT scams

How do you identify a scammer?

How do you avoid scam buyers when selling online 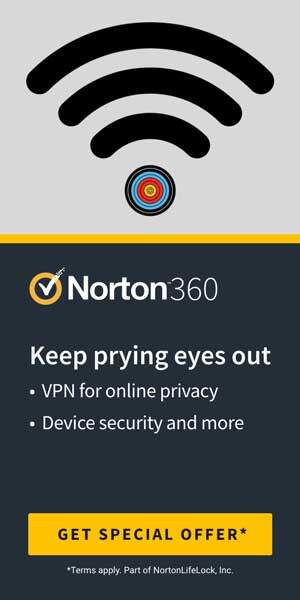 5 ways hackers are profiting from your devices

“Can You Hear Me?” Scam Calls

Is Powerball a Scam? The Truth Behind the Multi-State Lottery Game